Royalty transfers: are you an evader, an avoider, or just “immoral”? Or none of the above? 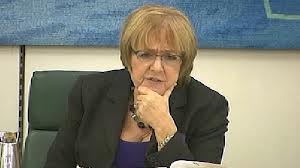 Margaret Hodge MP: are you seriously telling me that…?

IP Draughts has been enjoying the re-runs, on the BBC Parliament TV channel, of the House of Commons Public Accounts Committee taking evidence on 12 November 2012 from representatives of Starbucks, Google and Amazon.  A recording of the session also appears on the Parliament website here.  The subject of their questioning was whether these companies pay enough tax in the UK, or enter into tax avoidance schemes, sometimes involving royalty payments for use of intellectual property, to transfer revenue to a jurisdiction where tax rates are lower than in the UK.

Let’s get the tempting clichés out of the way before we start.  Starbucks was given a roasting by the Committee, Google was asked some searching questions, and Amazon, well, the book was thrown at them.  Ahem.

The representatives of these companies (which seemed to have been chosen as symbolic of big international groups that sell to consumers in the UK) were keen to emphasise that they complied with the law in all jurisdictions in which they did business.  In other words, if they did engage in tax planning, it was tax avoidance (legal) and not tax evasion (illegal).  Committee Chair, Margaret Hodge MP, was keen to emphasise that they were looking not at whether the practices were legal, but whether they were moral.

From the tone of the questioning, it was obvious that the Committee thought some of these companies’ behaviour was immoral.  The general theme of the Committee seemed to be that if you run a large business in the UK, employing thousands of people, and successfully selling stuff to many people in the UK, you should pay tax in the UK, and not transfer revenues to group companies in other jurisdictions with lower tax rates.

It was difficult to glean the precise details of these companies intra-group revenue allocations from the Punch and Judy show that is a House of Commons Select Committee hearing.  In a nutshell, it seems that Google runs its European operations out of Ireland, Amazon is based in Luxembourg, and Starbucks in Switzerland and the Netherlands.

The evidence of Starbucks was particularly interesting, given its subsequent announcement (discussed later in this article). 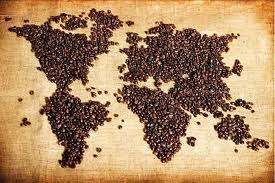 Starbucks has apparently made a loss in the UK for 14 of the last 15 years, despite being a major presence in most towns and cities.  The Starbucks group makes its profits in Europe, it seems, partly from its coffee trading operations in Switzerland and the subsequent sale of coffee from Switzerland to the UK.  According to the oral evidence before the Committee, it also charges a 6% (reduced to 4.7% after discussion with the UK tax authorities) intra-group IP royalty from the Netherlands to the UK.  There was some discussion by Committee Chair, Margaret Hodge MP, of the practice of other international groups that apparently charge lower rates of royalty, in the region of 4%, to their operations in the UK.

Since getting its roasting by the Committee, Starbucks has announced that, in future, it will voluntarily pay tax in the UK.  The full text can be found on the Starbucks UK website here. An extract from the announcement follows.

Specifically, in 2013 and 2014 Starbucks will not claim tax deductions for royalties or payments related to our intercompany charges.

In addition, we are making a commitment that we will propose to pay a significant amount of corporation tax during 2013 and 2014 regardless of whether our company is profitable during these years.

We are still working through some of the calculations, but we believe we could pay or prepay somewhere in the range of £10m in each of the next two years in addition to the variety of taxes we already pay.

What IP Draughts finds most interesting in this story is the idea that paying intra-group royalties should be considered immoral, and that political pressure can result in tax avoidance schemes being abandoned, even though they may be fully compliant with the law.

Since IP Draughts started in practice, national tax authorities have steadily and relentlessly clamped down on international tax avoidance schemes that involve royalty payments.  Old editions of books on IP taxation made much of schemes such as the “Dutch sandwich”, in which royalty payments were made to the Netherlands and then on to the Netherlands Antilles, in the Caribbean, resulting in very low tax rates being paid.  Over the years, IP Draughts has heard tax advisers recommend other “tax havens”, such as Cyprus, Ireland, the Isle of Man and, for American companies, Bermuda.  More than one transaction that IP Draughts’ clients have had with North American companies have ended up being with a Bermuda company rather than the onshore company that the client was originally expecting.  Drafting tip: make sure you get a parent company guarantee from the onshore company, so that there is a company with assets that can be sued in the event of breach of contract.

Is the practice of intra-group royalty transfers coming to an end, or does it still have life in it?  What are you seeing?