When a secret is revealed, it is the fault of the man who confided it. 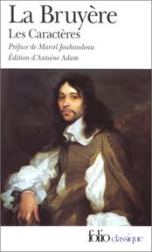 I’m too sexy for this book

So said Jean de la Bruyere (a seventeenth-century essayist).  Well, what he actually said, as he was French, was:

To an Anglo-Saxon intellectual property lawyer, this maxim seems highly suspect, particularly if the parties have signed a non-disclosure agreement (NDA).

There are, though, some limited situations in which IP Draughts has sympathy with the Bruyere view.