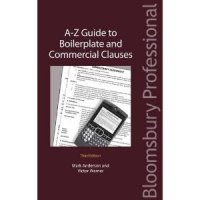 We have written or contributed to several practitioner textbooks, most of which can be found on our Amazon Author Page.

Some of these books include template agreements as well as commentary.  Take a look at the book details on Amazon or on the publisher’s website for further information.

Our main books are:

Our books are designed for practitioners; some of them have also been used in student teaching. Uniquely, our books and articles discuss certain legal issues that are not addressed elsewhere, or not in depth.

For example, Technology Transfer is the only work that summarises English case law (from the nineteenth century to the present day) on the interpretation of patent licence agreements, explains the provisions of IP statutes that directly affect transactions, considers the impact of traditional property laws on IP transactions (eg the Law of Property Act 1925 and the Law of Property (Miscellaneous Provisions) Act 1994), and looks in detail at which terms in IP agreements are permissible under EU and UK competition laws.

Although the focus of our interest is IP transactions, many of the topics we cover have a wider application across commercial law. For example, our work examines the legal basis of conventional assumptions that are reflected in the wording of many contracts, eg that describing contractual promises as both representations and warranties provides the beneficiary of those promises with additional legal remedies. We advocate simple, modern drafting in business contracts, though not always the “plain English” version that is used for consumer contracts.

For item 7 above, we hired a full-time research assistant[1] for over a year to assist us with the preparation of template agreements, and several members of our firm contributed to the book’s analysis of contract, IP, regulatory and other issues. Mainly based on English law, the work also included comments from specialist lawyers[2] in six other jurisdictions. The commentary describes, among other topics, similarities and differences between the common-law and civil-law treatment of agreements in the life-sciences field. Unusually, it highlights differences in approach between French-based, civil-code systems (eg France and Spain) and German-based, civil-code systems (eg Germany and the Netherlands), eg on the practical effect of the legal principle known as culpa in contrahendo.

Our books have been reviewed many times, including:

On item 1, Rosemary Boyle, a solicitor at the University of Cambridge, reviewing the 2nd edition in the Cambridge Law Journal, wrote: “It is a remarkable achievement to have brought together so many different strands [of law affecting technology transfer] and sought to provide a coherent guide through the maze. …The book and CD-ROM together form an important tool in the armoury of any lawyer practising in this area.”

On item 2, HH Humphrey Lloyd QC, a former judge of the Technology and Construction Court, reviewing the 2nd edition in the International Construction Law Review, wrote: “The work’s strength lies in two main features. First …it provides guidance by reference to numerous cases (some of which might well have been overlooked) for the purposes of assisting someone to draft a contract effectively. Secondly, it provides ‘worked examples’… it is very useful and I hope that it will reach a wider audience.”

On item 7, Trevor Cook, for many years a senior IP partner at Bird & Bird, reviewing the book in OUP’s Journal of Intellectual Property Law and Practice, wrote: “[T]his is a book that can thoroughly be recommended for anyone who is drafting or negotiating agreements in Europe in the pharmaceutical and biotechnology sectors… One can have every confidence in the drafting, edited as the book is by Mark Anderson, whose area of speciality this is, and who has already written a number of valuable books on technology licensing.”

Chapters in books edited by others

Other publications to which we have contributed

Some published reviews of our books can be found at the links below.

Citation of our books

We have not conducted any systematic review of whether our books and articles have been cited in other publications. As our works are mostly intended for a practitioner audience rather than an academic audience, we would not expect extensive citation. We are pleased when our works are cited! Below is the start of an attempt to record significant citations.