More than one way to cook sole 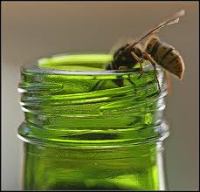 Like wasps returning to an abandoned glass of beer, IP Draughts and his drafting buddies are drawn, time and again, to the subject of sole and exclusive licences.  Recently (and not for the first time) the Koncise Drafter swarmed over the subject.  The IPKat has sniffed at the question of sole licences.  Earlier this year, IP Draughts buzzed on about the difference in meaning between sole and exclusive.

IP Draughts has two excuses for returning to the subject now.  First, he has recently been advising a novelist, who has signed a publishing agreement with a reputable fiction publisher.  Clause 1 of the agreement includes the following wording:

…the Author grants to the Publishers …the sole and exclusive right and licence to print, publish, sell, store, reproduce, distribute and make available to the public the Work …

For some unknown reason, the last 6 words of clause 1 (“in all languages throughout the World”) are typed in bold text in the publishing agreement, but quirky highlighting is not today’s subject.

As was discussed in the IP Draughts post first linked above, a sole and exclusive licence is almost certainly intended to grant what IP Draughts would call an exclusive licence.  In the present case, the agreement has already been signed, so there is no opportunity to propose any revisions to the wording.  In any case, the wording looks horribly familiar from many other publishing agreements that IP Draughts has seen.  He suspects that many UK publishing agreements that are in circulation come from the same gene pool.

Not exclusive, but in IP Draughts’ experience they serve delicious sole

On IP Draughts’ bookshelf are the 5th and 7th editions of Clark’s Publishing Agreements, a standard work – much loved in the publishing community – that is now in its 8th edition.  IP Draughts reviewed the 7th edition for the Journal of Intellectual Property Law and Practice here.  Precedent 1 in each edition is a general book author-publisher agreement.  In both the 5th and the 7th editions, clause 1 of Precedent 1 includes the following wording:

No explanation is given in the detailed notes for the use of the term sole and exclusive, or at least not in the notes to Precedent 1. Clark’s is a multi-author work, in which different authors prepare different Precedents, although all Precedents are supposed to be based on Precedent 1.  Precedent 16 is called an Merchandising Rights Agreement, and in the 7th edition it has been updated by a team that includes a law firm that in 2012 is known by the name DLA Piper and

an individual, Alan Williams, who is now a consultant to that firm and who is described on their website as “a real doyen of publishing lawyers”.  Clause 2 of Precedent 16 (this precedent is sophisticated enough to have a set of definitions as clause 1) includes the following text:

Kudos to Alan Williams and his team for pointing out the difference and for putting the key words in square brackets in the Precedent, thereby indicating that they are alternatives for the drafter to consider.  It is a shame that they didn’t also delete the word “and” after “sole” to make clear to the user that the drafter should not use the abominable phrase sole and exclusive.

Moving to another industry sector, IP Draughts has long been aware that UK estate agents (realtors) have their own vocabulary when it comes to exclusively appointing an agent.  In fact, the word exclusive is not used.  Instead, as a recent case in the Court of Appeal discusses, there are essentially three types of appointment:

The case is The Great Estates Group Limited v Michael John Digby [2011] EWCA Civ 1120.  In the Court of Appeal, Lloyd LJ (giving a dissenting judgment) cites an earlier Court of Appeal judgment in which the distinction between types 2 and 3 was described as follows:

A sole agency agreement is one which precludes a house-owner from instructing another estate agent to act for him. It does not preclude a house-owner from selling his house to someone who approaches him otherwise than through another agent. In other words, it does not preclude a deal with a so-called private buyer. [IP Draughts comment: this sounds like a sole licence.]

By way of contrast is a contract which is sometimes, if rather confusingly, labelled a sole selling agency or a sole selling agreement. The latter gives the estate agents greater rights than the former. In the case of a sole selling agency, the house-owner may be liable to pay damages or commission at the agreed rate whether the purchaser was introduced by another agent or not.

Much of the Great Estates case is concerned with how a contract between estate agent and seller should be interpreted, where it uses the words “sole agency” but does not comply with consumer protection laws.  Those laws require certain information about the implications of a sole agency to be included in the contract.  That is a specialist subject which we don’t need to look at in detail here.  The interesting point for IP Draughts is that in the estate agency world there is a special variety of sole, which entitles the agent to commission on sales irrespective of whether the agent introduced the buyer.  Although it seems to be focussed on commission rather than exclusivity as such, a sole selling agency has some of the characteristics of an exclusive appointment.

These practices, in the publishing and estate agency worlds, raise again the question (previously discussed in some of the articles mentioned at the beginning of this posting) of whether terms such as sole and exclusive should be viewed as magic words, which ought to be either (a) avoided as confusing, or (b) defined whenever they are used.  IP Draughts will continue to use them, and he may be more often inclined to define them.  But he certainly won’t be using the term sole and exclusive.