I'm a solicitor and a partner at Anderson Law LLP. I joined the firm in 2005 and focus on non-contentious, transactional work in the IT/Telecoms & University sectors. As an ex-computer scientist, I retain a keen interest in anything that's geeky, gadgety & techy (particularly if it comes out of Cupertino!).
by Paul Maclennan | 19 June 2011 · 3:39 pm 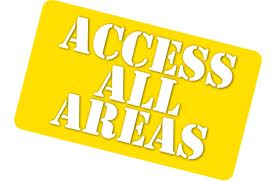 We posted yesterday about Glasgow’s Open Access IP strategy (adopted also by Kings and Bristol) and Stephen set down the challenge for someone to tell him he was wrong.  Now, Stephen’s a respected colleague and friend and so I’m certainly not going to be so bold as to do that (not least because I actually believe that the points he makes are perfectly valid).  I would, however, like to offer an alternative perspective on the Easy Access IP model.

Much of the publicity and discussion around the Easy Access IP model has been around the fact that the IP is being ‘given away for free’.  To my mind, this is a distraction from the principal aim of the scheme – namely that this is about increasing access to technology.  Granting licences on a royalty free basis is not a goal in itself, it’s simply a way of achieving this broader aim.

Glasgow’s decision not to charge a royalty is therefore a strategic decision rather than an absolute requirement of the Open Access IP model itself.  Whilst Glasgow could modify their licence terms to charge a nominal royalty fee, they have taken the view that doing so would make the technology less attractive to potential licenses and therefore hinder the dissemination of the IP.  This is especially true if the royalty rate is a point for negotiation.

A cynic may argue that focussing the discussion on ‘giving IP away for free’ is a great publicity stunt.  However, even if Glasgow had one eye on the publicity that this bold move might generate, there is no doubt that making the licensing process simple and commercially attractive, whilst also increasing exposure and awareness of the model, are all geared towards the ultimate objective of increasing access to, and dissemination of, Glasgow’s technology.

What are the benefits of the Easy Access IP model?

In my view, the real benefits of the Open Access IP model are threefold:

Tech Transfer is not about making money

The role of a University Technology Transfer Office is complex and Business Development Managers within Tech Transfer offices operate in that uncertain space between industry and academia.  The difficulty for a university is how to evaluate whether or not its Tech Transfer office is successful?

One very simple way to measure success is by the amount of revenue generated by a Tech Transfer office.  Most Tech Transfer offices would argue, however, that this is a crude measurement and does not reflect the broader value that a Tech Transfer office brings to a University in terms of establishing links with industry.  These links can then lead to collaborative opportunities and/or the sponsorship of research which, for many universities, is far more important than the receipt of royalty payments.  Even from a purely financial perspective, the value of any such funding can often outweigh the amounts received through direct commercialisation activities.

The Open Access IP model assumes that there are 3 types of technology:

A typical Tech Transfer office will spend most of its time focussing on the first category of IP; and quite rightly so – this is the stuff that’s easier to work with and/or has the potential to bring in a sizeable revenue stream.  There is a risk, however, that focussing on this first category means that technology in the second category simply sits on the shelf gathering dust until someone takes the decision to stop promoting and/or protecting it.

The Open Access IP model provides a quick and easy route for technology in this second category to be adopted by industry.  It starts from the premise that it’s better for this technology to be ‘out there’ than for it to stagnate in a Tech Transfer office.  The model therefore encourages Tech Transfer offices to make an early decision on their licensing strategy since the earlier they decide to move IP to their Open Access portfolio, the more time they will free up to concentrate on their commercial portfolio.

An obvious consequence of this model is that Tech Transfer offices must be given the scope to get some of these calls wrong.  Assessing the potential value of IP is difficult at the best of times, but arguably becomes more difficult the earlier you try to make this assessment.  However, if a University has recognised that Tech Transfer is about more than just making money, it should also recognise that not making a financial return from a particular piece of technology is not a failure of Tech Transfer.

Certainty of licence terms and quick and easy licensing

The Open Access IP model counters this perception (to the extent that it exists) by offering an extremely short, non-negotiable licence agreement.  Not only does this give industry certainty as to what terms it is going to be signing up to, it also reassures them that they are not going to get caught up in time consuming negotiations.

Frankly, who knows?  For my part, I have to say that I’m optimistic.

Although the models are very different, I can see a number of parallels between the ethos of Open Access IP and Open Source software movement.  In particular, the focus on ‘giving IP away for free’ is reminiscent of early objections to the Open Source Software licensing model.  As with Open Access IP, the fact that open source software is mostly made available without charge is simply a consequence of the broader aim of granting people ‘freedom of use’; it is not a goal of the Open Source licensing model itself.

IP Draughts will be watching with interest to see whether the early results from Glasgow, Kings and Bristol are positive.  If they are, this blogger expects there to be a rush of other institutions looking to implement this model (or at least a flavour of it).  On this point, I’d just like to add a word of caution (again drawn from the open source software sector): if and when this model becomes successful, the Tech Transfer sector will need to act swiftly to standardise the licence terms across institutions.  The worst thing the Tech Transfer sector could do would be to try to sell ‘easy access IP’ to industry as a simple, quick and straightforward licensing model and then present hundreds of different variations on the same licence terms.

“Open Source Hardware” is not a new concept, but it’s certainly a poorer cousin to the Open Source Software movement in terms of the sheer volume of commentary and general awareness.

Despite this, we have noticed an increasing buzz about this licensing approach in the past 12 months or so and, with the recent announcement that Facebook is ‘open sourcing’ the specifications to its new data centre, we thought it was time to do our bit to increase awareness of this alternative licensing model.

Like open source software, the principle focus of the open source hardware model is to grant others the freedom to use, modify and (hopefully) improve hardware designs with the ultimate aim of creating a collaborative and sustainable community of developers.

Facebook’s “Open Compute” project certainly has some lofty aims and it seems to have delivered some excellent initial results with figures estimating that their new servers, which they describe as “vanity free” (one can’t help wondering how many Facebook profile pages could be described in similar terms), are 38% more efficient and 24% less expensive to build & run than other state-of-the-art data centres.

As with many open source projects, the natural reaction is to question why all this is being given away for free.  In Facebook’s case, there would seem to be a number of good reasons:

There are, of course, a number of drawbacks inherent to Open Source Hardware projects compared to Open Source Software development, not least that the barriers to join the community are normally higher (testing a new hardware design will usually require components and/or tooling equipment to be purchased at some point) and from a licensing perspective, there is not yet a set of ‘community approved’ standard licences to draw upon that are comparable to those approved by the Open Source Initiative.  We watch with interest whether the Open Compute Project will be able to overcome these issues and create an engaged and thriving community of developers.

Oh… and if you’re still wondering about that teardown – 21 magnets in total (6 for the ‘hinges’, 14 to keep the cover closed / in the stand position and 1 to activate the ‘sleep’ sensor).