In praise of simple contracts

This posting may seem to ramble. In IP Draughts’ head there is a theme, but (if you will indulge a pretentious analogy) like Einstein’s unified field theory, it may be difficult to find.

First, consider the desire of large organisations to reduce contracts with suppliers and customers to a standard process that requires the minimum of expensive human intervention. As part of this process, standard contracts are developed.

Each standard contract needs a one-size-fits-all set of contract terms. The terms should be suitable for a wide range of factual situations and be readily agreed with, or imposed upon, a supplier.

To focus the discussion, let’s take one type of contract that is often standardised: an agreement with a supplier of services. IP Draughts has seen this type of agreement used for diverse types of services including:

Standard services agreements have even been proposed to IP Draughts for the provision of legal services, as part of an aggressive, procurement-focussed strategy.

To make the terms suitable for a variety of factual situations, and to minimise the need for negotiation, the terms should be clear, straightforward, middle-of-the-road, and reasonably protective, while recognising the other party’s legitimate interests. Terms that are based on these features are easier for a supplier to accept and easier for a purchaser to impose, using low-cost administrative staff. Deviate from any of these features and there will be an increase in transaction costs.

Competing with the desire for a simple, inexpensive process is another objective – to minimise legal risk. Some organisations take an aggressive approach to this subject, which is manifested in very ‘protective’ contract terms. These typically include one-sided warranties, liability clauses and indemnities. Often, those clauses are difficult to understand. Sometimes they are not understood by the representatives of the large organisation that is imposing them on a supplier. This becomes apparent during negotiations. Vast amounts of time are spent across the world negotiating these complex provisions,  except in those cases where the terms are just imposed.

Where inappropriate terms are agreed, they are often just ignored. For example, telling a contractor that it must impose identical terms on a subcontractor looks good on paper, but how often does it happen? If your services are couriering patient samples used in clinical trials, and your subcontractor is a major airline, how often will you even try to impose your customer’s standard terms on the airline?

Does the presence of these terms really protect the organisation against legal risk, or are they just a bad habit that is getting worse over time, providing a theoretical rather than practical mitigation of risk? 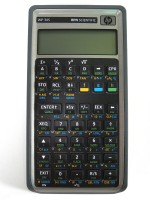 When the standard contract was drafted, it was part of a standard process that was designed in a large organisation. Lawyers were probably involved, but there may have been strong input from process-designers (often accountants), procurement professionals and commercial executives. Some of those professionals may be more comfortable working with numbers than with words. Their skills may lie in managing uncertainty, or people, or commercial situations, rather than closely analysing complex language. It may not be a priority to think deeply about the words used in the standard contract and whether they are optimal for the range of situations in which the contract may be used.

In some cases, the standard terms may have been commissioned from a prestigious outside law firm who can be blamed for any imperfections. This attitude is not likely to result in a simple, straightforward set of terms.

When disputes get to court, the culture changes. At least in the English legal system, court proceedings are led by people who are good at language, and who may not have much experience of business. In the oral tradition of English barristers, what matters is words and arguments, applied to closely-analysed facts. Barristers and judges are unlikely to have much instinctive sympathy with the modus operandi of large organisations. Throughout their careers they have been self-employed individuals.

These factors may result in the court analysing contract terms in a way that may not have happened at any stage before the contract became the subject of litigation.

All of the above factors lead IP Draughts to the conclusion that standard contract terms should tend towards the simple rather than the complex, and to the reasonable rather than the very protective. This approach assists all constituencies to understand and apply the terms in a meaningful and consistent way, including procurement executives, process designers, contract managers, in-house lawyers and, ultimately, court room advocates and judges.

2 responses to “In praise of simple contracts”