You can’t be both accurate and clear. Really?

This post is prompted by two events. First, IP Draughts is preparing course materials for a new, one-day training event that he will be adding to his suite of courses on IP and contract subjects. Contract Drafting: Skills Workshop will be advertised on the UCL Laws Events pages in the coming weeks.

This practical course will focus on four aspects of contract drafting – clarity, accuracy, conciseness and consistency – of which the first two are the most important. He has found lots of examples of really bad drafting (including some in industry-standard agreements) for students to work on and improve during the day. The potential conflicts between clarity and accuracy, in the context of contract drafting, are on his mind.

Second, a tweet of his from 2016 has come back to bite him. He disagreed with, and replied robustly to, someone who opined:

Recently, he was called out on his comment. In the echo-chamber of Twitter, people take sides. So be it.

Of course, context is all, and the context of the comment quoted above was forms that explained medical matters to patients. The general theme was that experts – in this case doctors – could judge the accuracy of the information that they provided but not whether it was understood. Being an expert, and knowing how to make the information accurate, precludes you from judging whether the information is clear.

IP Draughts disagrees with this opinion. But he can see where it is coming from. He occasionally sees patient information leaflets, e.g. those used in clinical trials. Often, they are unclear and poorly drafted, and seem too complex for a member of the public to understand. When he has raised this with clinicians, the reaction has been that ethics committees require all the information to be provided. The attitude of many in the medical profession seems to be that accuracy is more important than clarity.

Many lawyers that IP Draughts knows could improve the clarity of those documents. Understanding complex technical information, reducing it to its essentials, and communicating it clearly to the non-specialist – whether it be the judge or the businessman – are some of the core skills of a good IP or commercial lawyer. Perhaps those skills are not often directed to what a member of the general public would understand (though our colleagues in countries that have jury trials for IP cases may disagree). But the general idea of translating expert information for use by the non-expert is a familiar one. Some lawyers, and some clinicians, are better than others at this skill.

With an organisation as large and sluggish as the UK National Health Service – the fifth biggest employer in the World – changing attitudes and behaviours can be very difficult. Perhaps we should be more supportive of those who are trying to improve the clarity of patient information. The irony is not lost on IP Draughts that his Twitter comment was objecting to the accuracy of a statement, when perhaps he should have been focussing on its clarity and whether it conveyed the right message to its intended readers. 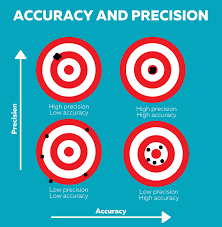 But can’t we have both? Coming back to contracts, can’t we expect the wording to be both accurate in its description of contractual obligations, and clear to the reader, whether they be a commercial manager, lawyer or judge? There may be some areas – liability clauses spring to mind – where the drafting uses legal terms of art that may not be understood by non-lawyers. This may be inevitable in a limited number of areas. But on most subjects, contracts should be both clear to the non-specialist and technically accurate. That is the balancing act that we all have to keep practising.

2 responses to “You can’t be both accurate and clear. Really?”