The judge referred to this leading textbook in his judgment

The case of Invista Textiles (UK) Ltd & Anor v Botes & Ors [2019] EWHC 58 (Ch) (Birss J) has now been published. It is a good illustration of how difficult it is for an employer to impose post-termination restrictions on scientists.

Disputes with ex-employees tend to take several, related forms. They include:

Defences to such actions tend to include:

Some of the leading cases in this field concern obvious wrongdoing with clear evidence, e.g. a salesman taking a list of customers with him when he leaves the company, or someone setting up a rival business in the same town in breach of a non-compete clause. In other words, many of the cases are about local businesses and sales activities.

When IP Draughts has drafted non-compete clauses for high-tech clients, it has sometimes been difficult to apply the case law to the facts of those clients’ employees. For example, in the case of a molecular scientist working for a biotech company, the company’s main competitors may be based in another continent. Case law about territorial restrictions of a few miles is of limited relevance. There has been very little English case law about scientific staff working for a technology-based, internationally-focussed company.

Background to this case

Invista is part of a large, international group that owns the Lycra trade mark. The first three defendants were scientists employed in Invista’s Sustainability Group (SG). The SG was researching the possibility of genetically engineering microorganisms for use in the production of polymers such as nylon, as an alternative to generating polymers from oil.

After the defendants left Invista, their employer discovered that they might have taken documents relating to their employment. Invista sought an interim injunction against them, which was compromised on terms that allowed Invista to conduct forensic searches of their laptops and other devices. Thousands of documents were discovered, many of which had been deleted (and emptied from the deleted box) from the computers but which could be recovered from the hard drives using a special program. There was no evidence that the defendants had sought to recover them. Some of the documents were on a memory stick that one of the defendants had used at a conference while employed by Invista. The memory stick was found in a barn at the defendant’s property; the defendant had forgotten that she had it. In some cases the documents were password-protected, and the evidence was that the password had been forgotten.

Part of the case is about whether the defendants had wrongfully retained property belonging to Invista, after leaving its employment. Birss J found that a small number of documents had been wrongfully retained out of the thousands that were recovered from computers through forensic techniques.

The impression given by his judgment is that these were technical breaches rather than deliberate wrongdoing. Essentially, the judge found the defendants to be honest, despite the apparent “smoking gun” of Invista documents being found on various devices.

He thought the wording of the written confidentiality obligations was far too wide to be enforceable against an ex-employee, as it was not limited to trade secrets. For example, he focused on clause 1.1.2 of the contract, which formed part of the definition of the employer’s confidential information and was drafted very broadly:

Business methods and processes, technical information and know how relating to the Employer’s business and which is not available to the public generally, including inventions, design, programs, techniques, data base systems, formulae and ideas.

Together with other clauses (e.g. clause 1.2 which required the employee not to use the employer’s confidential information after termination of the contract) this was too wide to be enforceable.

He also found that none of the information highlighted by the claimants was genuine trade secret-type information. Their best shot was some Powerpoint slides.

Therefore I dismiss the case based on misuse of confidence either in contract or in equity altogether.

The contract included various obligations not to work for a Competing Business or solicit staff, customers, etc, for a period of 3 months after termination of the employment. Some key definitions in this part of the contract included:

“Competing Business” means any entity or persons engaged in or about to become engaged in research, development, production, marketing or selling of a competing product(s).

Birss J considered that these definitions were very broad. In relation to the obligation not to work for a competitor, he considered:

All this clause achieves when applied to employees like the individual defendants is to prevent them from exercising the very same skills they were hired for in the first place for three months post-employment. That does not benefit Invista at all. I find that the clause, in its operation as it operates after the employment has ceased is an unreasonable restraint of trade. The period in the clause is just a relatively short period to try and make an unreasonable clause seem more reasonable. That is not a justification.

In relation to the non-solicitation part of the clause, he found that the first defendant had breached it by seeking to recruit the second and third defendants to her new business during the 3 month period.

So, he found a few technical breaches. But he decided not to order an enquiry as to damages:

Overall, I will not order an inquiry as to damages in relation to the proven breaches of contract. It would be entirely disproportionate. There is no justification for it. There is no evidence any of these activities cause any substantive or quantifiable loss to Invista. I am prepared to hear submissions about what sum by way of damages (if any) ought to be awarded for the proven breaches, including the failure to return documents in the Chen Library, at the hearing to deal with the consequences of this judgment but that is as far as it will go.

This case is interesting to IP Draughts because it sheds a light on the enforceability of non-compete clauses in the case of scientists working for a technology-based company. Much of the case law in this field concerns very different types of industry and employee role.

IP Draughts has tended to advise companies to limit their non-compete obligations to 6 months after termination. In this case, it seems the company’s lawyers took an even more cautious approach, going for 3 months, but the judge decided that even this was too long when the obligations were too broad in scope.
There are various other techniques for improving the enforceability of these clauses, including explicitly limiting their post-termination application to trade secrets. Not all of those techniques seem to have been used in the contract under discussion in this case.

IP Draughts doesn’t recall a case of this kind where the judge’s sympathies lay with the defendants. At one point, when discussing whether he believed the witnesses, he commented on the defendants of “being sued personally by a major multinational corporation which has deployed all the resources at its disposal to do so. The strain that that would place on anyone would be significant.”

In IP Draughts’ view this is a significant judgment on non-compete clauses for scientific staff. It will be interesting to see if it is appealed. 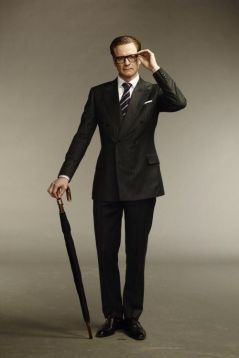 IP Draughts understands that the UK Supreme Court heard a separate case about non-compete clauses earlier this week, and he looks forward to reading the judgments in due course, to see whether they give further guidance on this subject.

In light of these cases, including any appeal in the Invista case, high-tech (including life science) companies may wish to review the non-compete clauses in their contracts of employment, and obtain specialist advice on whether any revisions are appropriate.

UK companies that have US parents (as in this case) may wish to “push back” against using template wording provided by the parent company for use by all employees in the group, and instead draft tailor-made clauses in light of UK case law.