Why would anyone, starting out in their career, decide to become a lawyer? According to the visionaries and marketing men, the era of the traditional lawyer is over. It is so twentieth century! Instead we have become legal process engineers, for whom a knowledge of computer coding may be as important as a knowledge of case law on constructive trusts.

The astute visionary, seeking to convince his audience, must give practical examples to which the audience can relate. The examples given in the legal sector sometimes focus on the benefits of new technology, and other times focus on competitive pressures (real or desired) on the legal profession.

We can automate the due diligence or discovery process using current technologies, though manual sifting of the results is usually still required. We can create online courts for certain types of dispute, though lawyers and judges will still have a role. We can even automate the process for preparing a contract, using detailed questionnaires. But someone needs to prepare the questionnaire and draft the multi-option contract template that underlies the automated system. And, no matter how much automation has been used, the transactional lawyer needs to approve the final product as suitable for his client’s deal.

As with driverless cars that still have a human in the driving seat, we have varying appetites for allowing a computer to decide everything. As with electric cars that currently (a) cost more than petrol cars, (b) only work for long journeys if there are charging points at suitable intervals, and (c) require downtime to allow the recharging to occur, most of us will treat them – electric cars and some legal automation technologies – as novelty or luxury items for many years to come.

The competitive pressures on lawyers come from different directions and with varying degrees of force.

IP Draughts doesn’t complain about the use of technology. When he started his own firm 23 years ago, it was technology such as the fax machine, the laptop computer and the mobile phone that enabled him to compete with large firms. He was also pleasantly surprised at how easy and cheap it was to practice on his own account – much simpler and cheaper than it is now in the era of the Solicitors Regulation Authority. 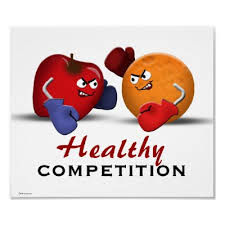 He is concerned about the current, blundering incompetency of the legal regulators, and their inability to distinguish between opening up the market to new entrants (inter-profession competition) and interfering in the internal practices of the existing legal professions (intra-profession competition). By all means allow new categories of regulated organisation to provide legal services . But don’t dictate how a solicitor is trained, keeps up-to-date, and offers legal services – these are internal matters that help to distinguish the solicitor brand, and the SRA, LSB and other regulators should keep out of them.

Coming back to the original question, the pressures of new technologies and the market will likely change the way in which some lawyers practise, and for some it may be a less satisfying or financially rewarding role. No doubt there will be an increase in legal factories, run by non-lawyers, though IP Draughts would never want to be involved in such an enterprise.

But, in IP Draughts’ view, there will always be a need for the wise counsellor who guides the non-lawyer through the maze of online courts and outsourced [electronic] paper pushers, and manages their legal problem or opportunity. Of the 160,000 solicitors who are currently on the roll of the Law Society, perhaps half this number will have this role in a few decades’ time, and the rest will be working in other types of legal or non-legal role. IP Draughts hopes that the Law Society will retain its role as the ‘guild’ for those who follow the wise counsellor route. If it tries to cater for all types of lawyer and legal engineer, it may end up satisfying none.