Five years ago, the University of Glasgow made the startling announcement that it was making some of its IP available free of charge. Its new programme was named ‘Easy Access IP’. Licensees were required to sign a simple, one-page agreement that included a commitment to commercialise the IP.

Glasgow was soon followed by other universities including Bristol and King’s College London. IP Draughts’ colleagues debated this phenomenom in 2011, by putting the cases for and against easy access licensing.

A few months ago, we summarised a report that had been commissioned to take stock of easy access IP after 5 years. The report indicates that a fair number of universities are now using easy access models (whether or not using this name) in a small minority of cases, but only two have made it a large part of their licensing activity. In the words of the report:

The two most active Universities are the University of New South Wales and the University of Glasgow, which are the current and previous workplaces of Kevin Cullen, the driving force behind the original concept for the Easy Access IP scheme. This suggests that strong leadership and an internal champion may be important to drive full exploitation of the approach.

Two organisations [Glasgow and UNSW] between them have carried out about 66% of the reported Easy Access IP deals. 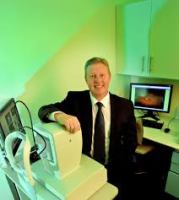 Kevin has an aura about him

Given how much the phenomenom is associated with Kevin Cullen, IP Draughts was very interested to hear Kevin explain easy access licensing at a recent conference in Ireland where IP Draughts was a fellow speaker. IP Draughts has been sceptical about the idea, but much of what Kevin said resonated with IP Draughts’ views. In particular (and in IP Draughts’ words):

Easy access IP is essentially in the second triage category – worth doing something with, but not high-value IP. A licensing programme that takes a minimum of effort for the TT unit is a good way of handling this category. A simple and uncontroversial set of licence terms is an obvious part of such a programme. Whether it is appropriate to offer the licence without any payment is a judgment call. Kevin and some others think the marketing advantages of doing so outweigh any small loss of revenue.

IP Draughts has long thought that TT units should be empowered to say ‘no’ more often to academics, without running the risk of a fire-storm of criticism from the disgruntled academic. Having a system in place that recognises this right and has mechanisms to deal with disagreement from the academic (eg by giving him the IP to make of what he can) would seem to be in the best interests of the university. If this process needs a fancy name, such as easy access IP, to make it ‘stick’ within the university, then IP Draughts is all in favour.

As the above-mentioned report says, there also needs to be a strong advocate for the process. So far, it seems, Kevin has been one of the very few people to make the case with conviction to universities’ senior management.

Viewed as part of a larger strategy for efficient management of university IP portfolios, easy access IP loses some of its shock value, and becomes a more rounded idea. As Kevin has also said, it is important to keep the idea on track, and not let it get corrupted and devalued by inappropriate behaviour.

In particular, users of an easy access programme should be careful to ensure that the programme is not used as a dumping ground for IP that has previously been offered, without success, as a high-value proposition. Buy-in from the relevant academics is necessary and important – if they don’t like the idea of their IP being put into the easy access category, they should be able to take it over.