Most interpretation clauses are a waste of time

Many contracts have them. The clause that informs the reader that the singular includes the plural, the masculine embraces the feminine, and similar nonsense. Some lawyers like to put these provisions ‘front and centre’ in the contract, immediately after the definitions, in clause 1.2.

It has always amazed IP Draughts that lawyers would want to make these turgid provisions so prominent. His instinct is to hide them at the back of the contract, if he includes them at all.  Putting them at the beginning  forces the reader wade through them before they get to the heart of the contract. It feels like the drafter is showing off their legal expertise, signalling that contracts need formulaic legal language, which only lawyers can fully understand.

To illustrate the point, IP Draughts has reproduced below some clauses from the first contract he found in his files. The contract was drafted by a well-known UK national law firm within the last 10 years, and appears to be based on one of their templates. The clauses appeared at the beginning of the contract, after the definitions. There were 16 sub-clauses in the original, but only a few are reproduced below, and with different numbering.

These clauses seem to track a couple of statutory provisions. Section 61 of the Law of Property Act 1925  (LPA) provides:

Construction of expressions used in deeds and other instruments.

61. In all deeds, contracts, wills, orders and other instruments executed, made or

coming into operation after the commencement of this Act, unless the context otherwise requires—

While the Interpretation Act 1978 includes the following provisions:

17 (2)Where an Act repeals and re-enacts, with or without modification, a previous enactment then, unless the contrary intention appears,—

(a)any reference in any other enactment to the enactment so repealed shall be construed as a reference to the provision re-enacted;

23 …in the application of section 17(2)(a) to Acts passed or subordinate legislation made after the commencement of this Act, the reference to any other enactment includes any deed or other instrument or document.

Perhaps there is an argument that the contract clauses quoted above are wider in scope than the above legislation. It is unclear, for example, whether there is any kind of territorial limitation on the scope of section 61 of LPA, given that the LPA was mainly designed to consolidate land law in England and Wales. 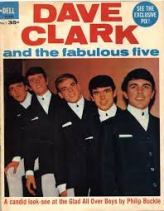 Typically, the justification is that interpretation clauses provide a safety valve, to avoid too narrow an interpretation. But this type of argument is based on a false premise about how the courts interpret contracts. The statutory provisions quoted above come from an era when contracts tended to be interpreted in a very narrow and precise way, similar to the method of interpreting legislation. Since the 1970s, the senior English courts have gradually relaxed the rules on interpreting contracts, and the process has accelerated in the last 10 years. See, for example, Lord Clarke’s discussion in the Rainy Sky case (2011) of the principles to be followed, including when it is possible to apply commercial common sense. The case was briefly discussed on this blog here.

So, to the extent that the interpretation clause is seeking to avoid an unduly narrow interpretation by the court, it is probably unnecessary. Courts don’t usually interpret contract wording that way, nowadays. This probably means that clause 1 above is not needed.

Clause 2 is wordy but could be viewed as useful.  Sometimes it is helpful to know whether references to statutes are fixed in time or change when the statute changes. For example, some contractual definitions of group companies make use of statutory definitions, so it could be important to know whether the contractual definition changes if the statutory definition changes. Before including clause 2 in the contract, the drafter should check whether the contract has any references to statutory provisions. If not, the clause is clearly redundant. On low risk contracts, the drafter may think it is sufficient to rely on the provisions of the Interpretation Act.

Clause 3 echoes section 61(a) of LPA. But what does it mean? IP Draughts understands the statutory definition to be clarifying that months are not to be understood as lunar months. While this may be an important point to address when dealing with some countries that still use a version of the lunar calendar, in the UK it has not been a credible point of doubt for a very long time. Apparently, during the Napoleonic wars, the British navy paid its sailors by the lunar month.

Clause 4 seeks to disapply the eiusdem generis (of the same kind) rule of interpretation, under which, if  a general principle is followed by examples, the examples may narrow the scope of the general principle. There is some old case law  to this effect. It is doubtful whether this is a significant issue in the modern approach to contract interpretation.

An alternative justification for these and other interpretation clauses is that they serve to clarify the interpretation of the contract for the parties, without the need for recourse to statutory provisions. That may sometimes be true, for example with clause 2. 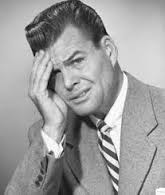 It is less clearly a justification in the other cases, and clause 3 might positively confuse the lay reader, and some lawyers, into thinking that a calendar month runs only from the first of the month to the last of the month, just as many people understand a calendar year to run from 1st January to 31st December. But this would be a wrong assumption. If, for example, a contract requires a party to give 3 months notice of termination, and the above clause clarifies that months are calendar months, notice given today (15 August 2015) will expire on 15 November 2015, and not on 30 November or at the end of any other month.

Enough, already. IP Draughts tries to minimise the number of interpretation clauses that he includes in a contract, and to bury them at the back of the contract.

2 responses to “Most interpretation clauses are a waste of time”