Assignment of trade secrets: selling moonbeams in a jar? 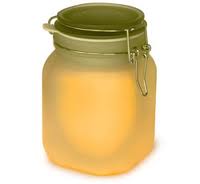 A recent article on IPKat, Assignment and licence-back of a trade secret: no yawning matter, has prompted IP Draughts to remove the dustsheets from one of his favourite hobbyhorses.  As discussed briefly on this blog here in 2011, IP Draughts is troubled by the very idea of an assignment of know-how.

First, we need to define our terms.  The title of this article, echoing the IPKat article mentioned earlier, refers to trade secrets, while the earlier article on this blog, linked above, referred to know-how.

In English law and, as far as he understands them, US laws, “trade secrets” are generally regarded as the most sensitive items of confidential information, and are distinguished from less important categories of confidential information. It is not always easy to make the distinction.  Nearly a century ago, Lord Parker in the case of Herbert Morris Ltd v Saxelby [1916] 1 AC 688 came up with a rather simplistic test:

“If the information is of such detail that it cannot be carried in one’s head then it is a trade secret, but if it is just some kind of easily remembered general method then it will not qualify as a trade secret.” 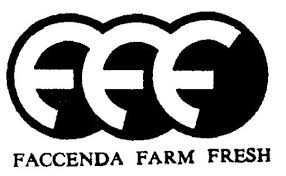 More recently, in the landmark case of Faccenda Chicken v Fowler [1985] 1 All ER 724, the Court of Appeal declined to give any general definition, but instead came up with some examples of trade secrets (“or their equivalent”), including information about prices, and:

“secret processes of manufacture such as chemical formulae” and

“designs or special methods of construction”

There is not, as far as IP Draughts is aware, any universally-applied, single definition of trade secrets in English law.

By contrast, reported English cases about general business disputes (ie not involving claims against employees) rarely seem to require a discussion of whether there is any distinction between trade secrets and other categories of confidential information.  Perhaps as a consequence of this, English commercial agreements seldom use the term “trade secrets”.  Instead they tend to refer to confidential information and, in the context of licensing, to know-how.

The expression “know-how” tends to be used in reference to technical or commercial information about products or services that is protected under the law of confidence, although other usages are seen.  IP Draughts finds it convenient to refer to the definition that appears in Article 1(1)(i) of the EU Technology Transfer  Block Exemption Regulation, ie:

‘know-how’ means a package of non-patented practical
information, resulting from experience and testing, which
is:
(i) secret, that is to say, not generally known or easily
accessible,
(ii) substantial, that is to say, significant and useful for the
production of the contract products, and
(iii) identified, that is to say, described in a sufficiently
comprehensive manner so as to make it possible to
verify that it fulfils the criteria of secrecy and substantiality;

Items (ii) and (iii) of the above definition are more concerned with competition law issues than commercial definition, in that the European Commission is concerned to avoid anti-competitive restrictions being agreed behind the smoke-screen of a dubious know-how licence. 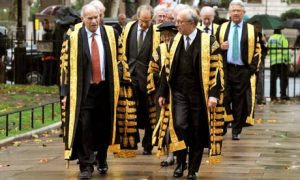 Supreme Court goes for a wander…

Under English law, in IP Draughts’ view there is no special category of property right called trade secrets or know-how.  The law of confidence may protect a trade secret or know-how.  Separately, recognised types of intellectual property, such as patents or copyrights, may provide protection.  However, confidential information as such is not recognised as property.  As Lord Neuberger, President of the UK Supreme Court, commented in a 2012 case that IP Draughts reported on here:

In my view, the upshot of this summary of the current position as discussed in the cases and the books is that, while the prevailing current view is that confidential information is not strictly property, it is not inappropriate to include it as an aspect of intellectual property.

By contrast, IP Draughts understands that some US state laws recognise trade secrets as a type of property. It seems to be more common for US commercial agreements to refer to trade secrets than is the case in English agreements.

Drawing together the threads of the above discussion, under English law the following propositions can be made:

So, what is an assignment of know-how, and should documents of this name be used?  As this 2011 article on IP Draughts comments, what should definitely not be done is to take a patent assignment and do a “search and replace” of the word “patent” with the word “know-how”. Instead, if a know-how assignment is required, IP Draughts recommends that thought be given to the different components of the transaction, as discussed in the last-linked article.  In some situations, it may be appropriate to include some or all of the following wording in the assignment.  In other situations, different wording may be required – eg to impose obligations on individuals as well as the assigning institution.

To the extent that the Assigned Property includes any know-how protected under the laws governing confidential information, references to the assignment of such know-how include the following obligations on the Institution:

(a)          The Institution shall transfer to the Company such rights as it may have in law to prevent the unauthorized use or disclosure of such know-how;

(b)          to the extent that such rights cannot be or are not transferred by virtue of the provisions of Clause [ ], the Institution shall agree to be joined in any action (whether as claimant or otherwise) brought by the Company or its assignee against any third party that is alleged to infringe such rights, subject to the Company effectively indemnifying it against any damages, costs and expenses incurred in relation to any such action;

(c)          the Institution shall neither use nor disclose any such know-how without the prior written consent of the Company, but these obligations of non-use and non-disclosure shall cease upon the know-how becoming publicly known (other than as a result of breach of this clause by the Institution);

(d)      the Institution warrants that it is not aware of any disclosure of such know-how to any third party before the date of this Assignment, except under written obligations of confidentiality;

8 responses to “Assignment of trade secrets: selling moonbeams in a jar?”