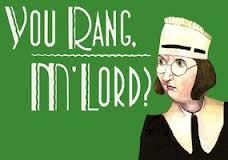 Apologies for the lack of posts in the last two weeks.  IP Draughts has been rather busy dealing with a flurry of client matters and recruiting an additional IT lawyer.

Last week he also gave an all-day, in-house talk in Cambridge.  A big thank-you to the Research Contracts team at the University for making the visit so enjoyable.  He greatly appreciated the comments from several people about how much they enjoyed reading this blog, and how they passed articles on to colleagues when they found them interesting.

While we are on the subject of appreciation, IP Draughts is delighted, as a member of the Intellectual Property Working Party of the Law Society of England and Wales (IPWP), that an IPWP briefing paper has been extensively cited by Lord Clement-Jones in debates in the House of Lords about the Intellectual Property Bill that is currently progressing through Parliament.  Lord Clement-Jones expressed himself to be “indebted” to the Law Society for this paper during the Committee Stage of the Bill on 11 June, and he again quoted from it on the second day of debate on 18 June.

This leads on to a more general point, which is that the IPWP has been considering whether to run its own blog, to keep solicitors and others informed about developments in IP legislation, policy and practice in the UK and EU.  The blog would provide updates on the work of the IPWP, which seeks to represent the views of IP solicitors in England and Wales (often in conjunction with the Intellectual Property Lawyers Association and the City of London Law Society).  It would also enable a more direct engagement with English solicitors who are interested in this area, eg by enabling them to comment on articles on the blog.

Recent highlights of the IPWP’s work include: 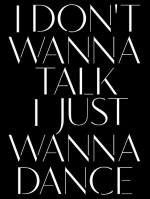 It seems to IP Draughts that an IPWP blog would be a useful way of engaging with others in the development of Law Society ‘positions’ on topics that can sometimes be overlooked by non-specialists, perhaps because the topics can seem rather technical and dry, or of limited relevance to mainstream commercial and legal life.  There are not, as far as IPWP is aware, any other similar blogs in other areas of the Law Society’s campaigning, and for some this might be regarded as a big step to take, requiring considerable volunteer effort with no certainty that any engagement will result.  IPWP members already commit a great deal of time to IPWP work.  Would running a blog significantly enhance the IPWP’s work, or would it be a damp squib?

What do readers think?