10 words and phrases you should never use in IP contracts 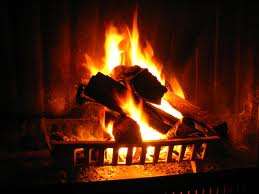 As most people know by now, Mr Pettifog likes an open fire in his study.  His trainee’s first duty each morning is to rake out the ashes of the previous day’s fire, before setting paper and kindling in a regular tetrahedron, ready to be lit when Mr Pettifog arrives.

The trainee’s second task is to print out any draft contracts that have arrived via the interweb since Mr Pettifog left the office the previous afternoon, and to mark them up with any changes that she thinks Mr Pettifog may require. Woe betide any trainee who allows any of the following list of words to appear in a draft IP contract.  When Mr Pettifog spots them, the entire contract is likely to be hurled into the fire.

This causes the trainee several problems.  First, she has to stand by with a Schweppes soda syphon to put out any stray flames.  Extinguishing the flames in this way makes it much messier to clean up the fireplace the next morning.  And then there is the problem of refills.  Mr Pettifog won’t accept that Schweppes no longer provides replacement bottles, so the trainee has to resort to refilling the bottle herself using a SodaStream.  On bad days, Mr Pettifog has been known to mutter incomprehensibly about getting 7 shillings and sixpence back on the bottle, and replacing the money in the petty cash box before Betty finds out.

While IP Draughts prefers a slightly more modern approach to trainee management, he shares Mr Pettifog’s dislike of these words and phrases.