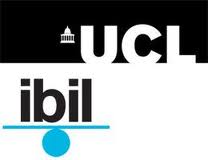 IP Draughts attended a highly entertaining debate at University College London last night, run by the Institute of Brand and Innovation Law.  It was structured as an appeal to the World Intellectual Property Court in the case of Conor v Angiotech, and starred as counsel Professor Lord Hoffmann (reprising his judgment in the House of Lords in favour of Angiotech), and Professor Sir Robin Jacob (reprising his judgment in the Court of Appeal in favour of Conor). Justice Marshall Rothstein of the Supreme Court of Canada played the role of judge of the World Intellectual Property Court.

Readers may recall that Conor v Angiotech was a case about whether a patent that claimed a stent coated with taxol (extracted from the Pacific Yew tree) was invalid, eg for obviousness.  We may get around to a more serious posting about the merits of the arguments raised by counsel, but for now, we will mention simply that the court found in favour of Lord Hoffmann.

Best joke of the night came from Justice Rothstein.  Paraphrasing:

I was surprised and pleased to be invited to this event.  I said to my wife, could you ever have imagined in your wildest dreams that I would be presiding over a case with two icons of world intellectual property as counsel?  She replied, Marshall, you’re not in my wildest dreams.

As your Lordship will recall, extract of yew (“slippes of yew”) was one of the ingredients of the witches’ brew in Macbeth.

My Lord, may I have permission to appeal to the Inter-Galactic Intellectual Property Court?

IP Draughts commented here about the European Commission’s recent proposals (supported by the European Parliament) to introduce an EU-wide contract law.  Readers who replied to our survey on that posting were divided as to how the UK should respond to that proposal.  50% objected and thought the UK should resist the proposal.  36% thought we should face the reality that the proposal is likely to become law, and focus on making detailed drafting suggestions to improve the law.  14% thought we should wholeheartedly embrace the proposal.

Since we posted that survey, the UK Government has commissioned the Law Commission and the Law Commission of Scotland to provide it with advice on how the UK Government should respond to the proposal.  That advice has now been published. It is luke-warm to the idea and identifies a large number of problems with the proposal.  Its brief conclusion is:

The CESL offers the parties a free choice – which we welcome. Even if the CESL is hardly ever used, no harm would be done. On the other hand, we are not convinced that developing a CESL for commercial parties should be seen as a priority. We think efforts would be better spent on developing a European code for consumer sales over the internet, where there is stronger evidence that the current variety of contract laws inhibits the single market.

The (English) Charity Commission has issued revised guidance on how charity trustees should make decisions about making investments. This is general guidance and not focussed specifically on universities investing in spin-out companies.  However, many of the issues raised in the guidance are familiar from the Charity Commissions earlier guidance to universities, summarised on the Anderson Law website here.