How plain should your English be, in an IP assignment? 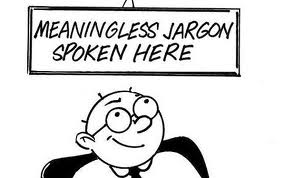 Best practice in contract drafting is a complex business.  On the one hand, the drafter has to make sure that any legal terminology in the contract is used correctly and will be interpreted correctly by  the judge or arbitrator, if there is a dispute.  For example, if a contract includes terms such as indemnify, direct loss or force majeure, the drafter needs to understand what these terms mean and how and when to use them.

The legal meaning of such terms may differ, depending on which country’s or state’s laws apply to the contract.  Take the example of force majeure.  The concept of force majeure exists in many civil law countries, but not in England and Wales.  Yet the meaning may differ between civil law countries.  For instance, under French law, the term has a precise meaning: “any event that is external (extérieur), unexpected (imprévisible), and irresistible (irrésistible)”.  Of course, parties may come up with their own, contractual definition.  But they need to be careful.  In one English case it was held that a contractual provision which stated “the usual force majeure events shall apply” was void for uncertainty (see the discussion of this case at page 271 of our book, A-Z Guide to Boilerplate and Commercial Clauses, second edition).

Thus, the contract drafter has to be technically accurate and take account of judicial interpretation.  At the same time, though, he is under pressure to use straightforward language that non-lawyers can understand.  This pressure is illustrated by a number of developments in English law.

First, there is the abolition of Latin phrases in the English courts, and the renaming of things to make them more easily understood, as part of the Woolf reforms.  Thus, plaintiffs are now claimants, writs are now claim forms, and interlocutory injunctions are now interim injunctions.

Then there is the Plain English Campaign, and a general trend for clients to expect to understand the contracts that their lawyers draft for them, rather than (as might have been accepted in earlier generations) treating legal documents as a mystery that can only be understood by the initiates of a secret cabal.  In the case of consumer contracts, the need for plain English has been enshrined in statute.  Based on an EU Directive, the UK’s Unfair Terms in Consumer Contracts Regulations 1999 specifically require that contracts be written in plain, intelligible language.

Standard English Bull Terrier: "at whom are you looking?"

Consumer protection laws generally do not apply to business-to-business contracts, and in such contracts the drafter is permitted to use more sophisticated language.  The US author on contract drafting, Ken Adams, favours what he calls “standard English” for such contracts.

Applying these principles to IP assignments, IP Draughts’ view is that it should be possible to use straightforward language for most parts of an assignment, but there are some places where legal language must be used.  Specifically, the word “assign” should be used, as in “X hereby assigns the Patent to Y”. From a common law perspective, it is probably also appropriate to state that it is an assignment of “all right, title and interest” in the property being assigned, so as to avoid any uncertainty that it is a complete assignment.

Other legal issues are typically addressed in an IP assignment, but there is usually no need to use magic legal words to address them.  For example, an assignment will typically state that it includes the right for the assignee to sue in respect of infringements that occurred prior to the date of the assignment.  This can be stated without recourse to complex legal expressions.

Unfortunately, some lawyers use language in IP assignments that is far from standard English.  The following clause is lifted from a US assignment:

Assignor hereby grants, bargains, sells, conveys, assigns, sets over and delivers unto Assignee all of Assignor’s rights, interests, obligations, and liabilities in and to the Trademarks to have and to hold the Trademarks unto the Assignee, its successors and assigns forever.

IP Draughts has heard arguments for why it is necessary to have a long list of verbs in the first line of this quoted text, including arguments that cite a nineteenth century case heard in the US Supreme Court, Waterman v Mackenzie (1891).  In that case, the court held that:

The patentee or his assigns may, by instrument in writing, assign, grant and convey, either…

3.  the exclusive right …[in] a specified part of US

A transfer of either of these three kinds of interests is an assignment, properly speaking…  Any assignment or transfer short of one of these, is a mere license…

This quotation is sometimes cited as authority for why it is necessary to say “assign, grant and convey” in an IP assignment, rather than just “assign”.

While IP Draughts is not qualified to advise on US law, he finds it difficult to believe that any sane judge would require a trio of words to be used, or that this quoted text even says that such a trio must be used.  But the innate caution of some lawyers means we will probably see this type of language remaining in some IP assignments for many years to come.

There are other oddities in the quoted text, including use of the phrase “to have and to hold”, which, IP Draughts seems to recall, is part of the traditional language used in some Anglican wedding ceremonies.  The reference to successors and assigns also seems misplaced, given that it is an absolute transfer of title.  Discussion of these further oddities will have to wait for another day.

5 responses to “How plain should your English be, in an IP assignment?”