If you have experience of negotiating international commercial contracts, you have probably come across provisions in which a party agrees to “indemnify and hold harmless” another party. This is a topic that has been looked at by many commentators in different jurisdictions, eg Ken Adams here, and it is a subject that IP Draughts covers in his training courses on contract drafting.

IP Draughts’ excuse for mentioning it again is that he is reading a non-legal book that, much to his surprise, refers to the use of the phrase “indemnify and save harmless” in 1912.  Save harmless seems to be synonymous with hold harmless for present purposes.

The book is about the sinking of the Titanic and the aftermath of that tragedy for some of the families involved.  The book focuses on one of the bandsmen who continued to play their music as the ship sank.  None of the bandsmen was saved, and they were found floating in a group, in some cases with their instruments still strapped to their backs.

The personal effects of this young bandsman (a rusty watch and few other, minor items) were delivered to his father in Scotland, and a member of the family who received them was required to sign a receipt in which she agreed to “indemnify and save harmless” the shipping line.  This reminds IP Draughts that use of this phrase is not a modern aberration by US lawyers, and has a long history in Anglo-American contract drafting.

If you ask a group of lawyers what is the difference between an indemnity and a hold harmless, you may well get conflicting answers.  The main alternative (and conflicting) meanings that IP Draughts has heard or seen expressed are:

The fact that there isn’t a uniform understanding of how the words differ in meaning, that some people think they mean the same, and that case law in different countries may point to different meanings (although IP Draughts’ view is that the case law he has seen referred to in the US, Canada and the UK does not lead to any definitive conclusions on meaning) make this a very tricky area on which to advise.

IP Draughts would never (famous last words) draft an indemnity with “hold harmless” language, but he would usually try to make sure that the indemnity included provisions to address the following points:

In IP Draughts’ experience, this approach is consistent with the practice of leading commercial law firms in the City of London.

If, however, he was presented with a draft agreement drafted by the other side that included “indemnify and hold harmless” language, he would usually try to work with the existing wording, rather than redraft it from scratch. 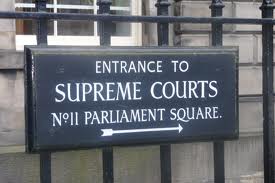 Revisiting this subject has prompted IP Draughts to consult the excellent BAILLI website, to see if there are any recent cases on the subject.  A search of the BAILLI database threw up a recent Scottish case, Farstad Supply AS v Enviroco Limited, that recently reached the UK Supreme Court.  Their Lordships refer in that case to the “lucid and compelling judgment” of Lord Hodge at first instance, in the Outer Scottish Court of Session (overturned on appeal to the Inner Court), which can be found here (see paragraphs 24-25).  Their Lordships grapple with indemnify and hold harmless but do not come to any definitive conclusions as to any difference of meaning between these terms.  Indeed, Lord Clarke comments in the Supreme Court:

It is of interest to note that one of the sources quoted, dated 1651, gives the definition of ‘indemnify’ as “Save harmless and keep indemnified.”

IP Draughts’ view is that this case, while interesting, does not change his views as expressed above.