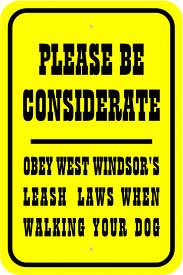 For an agreement to amount to a binding contract, several requirements must be present (under English law):

Usually, all of these requirements are met in a typical, well-drafted, written, commercial agreement.

Consideration means something of value, which under English law does not have to be money, and does not have to be “sufficient”, ie market value.  For example, in a 2-way confidentiality agreement, both parties may agree to disclose information to the other and consideration may be easily found in this situation.  Where a party is concerned about whether consideration has passed from a party, a common solution is to add to the agreement an obligation for that party to pay a nominal amount, eg £1 or $10.  Alternatively, under English law, if the agreement is executed as a deed, consideration is not required.  This earlier posting discusses the formalites for turning an ordinary contract into a deed.

Template agreements that have originated in the United States often have an elaborate recital of consideration immediately prior to clause 1 of the contract, which may read as follows:

In consideration of the premises and the mutual covenants set forth herein and for other good and valuable consideration, the receipt and sufficiency of which is hereby acknowledged, and intending to be bound hereby, the parties agree as follows:

This wording is so much verbiage, and should usually be avoided.  We like to introduce the operative part of a contract with words such as The parties agree as follows. 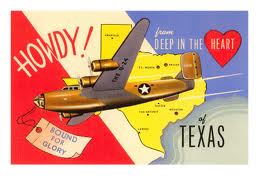 Readers will have noticed that the main topic covered in the lengthy US wording quoted above is consideration.  Contract law varies between US states, most of which (with the notable exception of Louisiana, which history students will recall was purchased from France) have a common law system of law.  Apparently, in a few US states, a written acknowledgement that consideration has passed gives rise to a legal presumption that it has passed. For example, this article from 2003 suggests that a recital of consideration is useful under Texas state law.

As we understand it (although we are not experts in US state laws), such a presumption is usually rebuttable, ie the other party can bring forward evidence in court to prove that the presumption is not valid.

Therefore, the main justifications for including the verbose phrase quote above in a contract, can be summarised as:

a. the drafter of the contract is concerned about whether consideration has been given (but in most contracts this is not an issue); and

b. the contract is made under the law of a US state where an acknowledgement of receipt of consideration gives rise to a presumption that consideration has been given.

In other words, in a few US states, in the unlikely event of consideration not being obvious from reading the terms of the contract, it makes it a bit more difficult (but not impossible) to argue that no consideration was given if this wording is included.

Our conclusion is that we will avoid recitals of consideration and other verbose introductory clauses in contracts unless we are advised by an overseas lawyer that they are necessary in the context of an individual transaction.