Why you must get an IP assignment from your university employee 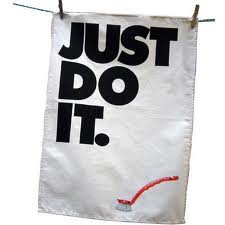 This posting is prompted partly by the important and recent decision of the US Supreme Court in the Stanford v Roche case, in which the court considered the provisions of the Bayh-Dole Act.  There are two, linked themes:

First, the US case.  The full name of the case is Board of Trustees of the Leland Stanford Junior University v Roche Molecular Systems Inc, et al.  The Supreme Court’s decision (number 09-1159) is dated June 6, 2011.  Chief Justice Roberts delivered the majority decision of the court (Justices Breyer and Ginsburg dissented).

The relevant facts of the case can be briefly summarised as follows:

The Bayh-Dole Act, passed in 1980, revolutionised the ownership of intellectual property (IP) in US universities.    It provides that federal contractors (eg a university undertaking research work funded by the Federal Government of the US) may “elect to retain title to any subject invention”.  In the present case, some of Stanford’s research was funded by the National Institutes of Health, and Stanford formally notified NIH that it elected to retain title to the invention. 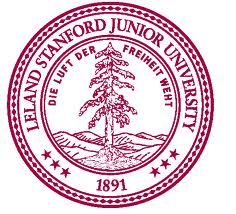 Both of these judgments are compelling, and IP Draughts finds it difficult to choose between them.  The majority judgment depends in part on perceived drafting deficiencies in both the Bayh-Dole Act and the wording of Stanford’s standard employee IP assignment.  The minority judgment takes more of a purposive approach to interpreting these documents.  If we had been the authors of the 1988 CPA, there is a fair chance that we wouldn’t have used the words “hereby assigns” in an undertaking to assign future IP, particularly at a time when, as Breyer J points out, US law provided that such a statement would not be legally effective.

For future employment contracts between a US university and its employees, the overall message of the majority decision is clear: the contract should include the magic words that the employee “hereby assigns” its rights in inventions.

The legal position of researchers working at UK universities is very different to that of their colleagues in US universities.  Specifically:

If a case similar to Stanford v Roche had been decided in the English courts, we suspect that the outcome would probably have been the same, although for different reasons.  However, in the unlikely event that the employee’s duties had been clearly stated in his contract of employment, and the research work in question fell within the scope of those duties, it would have been difficult under UK patent law for the outside company to argue that a personal assignment from the employee was effective to vest rights in that company.

There are many potential lessons in this case, including the desirability of checking documents before signing them.  The biggest general point may be that words such as “hereby assigns and agrees to assign” should be used in employee undertakings with respect to future inventions, in both the US and the UK.